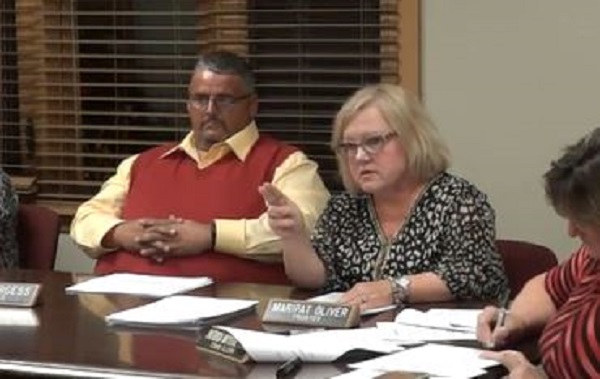 In several related emails, it is clear DuPage Township Trustee Maripat Oliver held a deep distrust of former Supervisor Bill Mayer and his choice of venders, and that Oliver was deeply involved in the confiscation of Linda Youngs' computer.

These emails were sent shortly after Maripat Oliver made the Motion (which passed on unanimous vote) to terminate Linda Youngs' employment at the township, which resulted in a lawsuit that was settled without going to trial. The computer in question was confiscated at that meeting after Youngs' termination.

Maripat Oliver stated that "I personally asked for that computer to go with the Attorney that night. I will be heartsick that I did all that I could and that two months later it was handed over to the wrong hands!"

Oliver then continues to object, asking the law firm to make their own copy before Bill Mayer's IT firm "cleans" it: "As it stands your recommendation is that the computer goes to the IT  Firm that Bill himself put in place to clean the computer. I know that was NOT your intention, but he will beat that drum and the computer will go to the wrong people!"

Oliver sought help from Trustee Benford and from the law firm in her pursuit of this computer data, and in her pursuit of Linda Youngs. Now, years later, Oliver is trying to wipe clean her involvement by placing the blame onto others, but as you can clearly see from these emails, Oliver was on a mission against Linda Youngs and that computer.