From the Illinois Times:

This being Sunshine Week, when we celebrate the First Amendment and remember that democracy demands open government, we should know that danger lurks.

“These people are working in a group together and therefore we can say it is these people named above who are running a campaign that is so nasty and dirty we need to gargle Scope right now talking about it,” writes an anonymous critic as part of an online crusade to bring down the Edgar County Watchdogs, an outfit Bloomington Mayor Tari Renner has called disgusting and sickening.

“We’re not putting up with stuff like this,” Renner lately declared at a city council meeting north of Springfield.

Renner blew his top after a blogger brought up a former city cop who quit in 2019, when an internal affairs investigation showed that he’d arrested an African American man who’d made a finger-gun gesture at him inside a store. We know this because the city of Bloomington, after being sued by Edgar County Watchdogs, released internal affairs files. Upon agreeing to release the records and pay legal costs, the city issued a statement alleging that disclosure was voluntary, which was technically true, given a judge hadn’t yet ruled.

“Nobody’s pushed anything under the rug (about) any of our police officers,” Mayor Renner thundered at the blogger during the Feb. 22 city council meeting. “You and Edgar County Watchdogs are probably the two least credible media – they’re not media outlets, you’re just people talking out of a bodily orifice that’s not your mouth. Who in the world would listen to your garbage?”

Quite a few people, which is a problem for public officials who’ve run afoul of two guys who, retired from the military and fed up, became the Edgar County Watchdogs a decade ago after meeting at a dinner. John Kraft says he’d been bamboozled by a school board; Kirk Allen was upset with a 911 board.

They’ve been accused of doing it for the money. After all, the city of Carlinville in 2019 agreed to pay the watchdogs $90,000 to settle five lawsuits filed to obtain such records as credit card statements, phone bills and proof that city officials have undergone state-mandated training on the Open Meetings Act and Freedom of Information Act (*ECWd’s comment: The Carlinville settlement of $90,000 went to our attorney, not us.*). There ended up being no major scandal, which is often the case but, then again, Kraft and Allen don’t consider FOIA violations to be small transgressions. More often than not, public records requested by the watchdogs end up mundane, Kraft says, which begs the question: Why not just turn them over?

Allen says that he and Kraft have filed at least 50 Freedom of Information Act lawsuits during the past decade, but they’re not getting rich. Edgar County Watchdogs has less than $50,000 in annual revenue, so it doesn’t have to file detailed annual reports with the Internal Revenue Service that are required from larger nonprofits.

Kraft and Allen say that they each spend between 40 and 60 hours a week looking for corruption and exposing skullduggery on www.edgarcountywatchdogs.com, which is one letter different than www.edgarcountywatchdog.com, a website run by folks who call Kraft and Allen fascists bent on destroying democracy but won’t attach names to accusations. The watchdogs say a crook’s a crook: “We’ve busted as many Republicans as Democrats,” Allen says.

As fascists go, Kraft and Allen keep strange company. Kraft says he’s been granted media credentials to cover the legislature. Both men are members of the Society of Professional Journalists as well as Investigative Reporters and Editors, an organization dedicated to promoting journalism that matters, but Kraft acknowledges the obvious: “You can look at what we write, you can see we’re not professional reporters.”

Polished prose isn’t the point. When public records yield a story, the watchdogs post links to documents. “Go click on the link and see if you have the same opinion we do – that’s all we ask,” Kraft says. “We hear a lot of ‘Oh, they always write lies, they don’t know what they’re talking about.’ It’s always a general statement. They never point to a specific statement that we wrote.”

Small towns and rural counties are favored hunting grounds. They’ve probed Chatham’s water utility. In September, four members of the Shelby County Board, plus the county treasurer, demanded an investigation after Kraft and Allen uncovered documents suggesting that the county highway engineer had been running a private business on county time. The attorney general in December ordered the Danville Police Department to give Kraft reports on the arrest of a man found dead on the street about a half-mile from the county jail shortly after his release. The state Law Enforcement Training and Standards Board in 2017 claimed that 16 points of law barred release of a list of former cops banned from law enforcement because of misconduct; nope, said the attorney general, who ordered the database turned over to Allen.

Call me a communist, but we need more fascists like this. 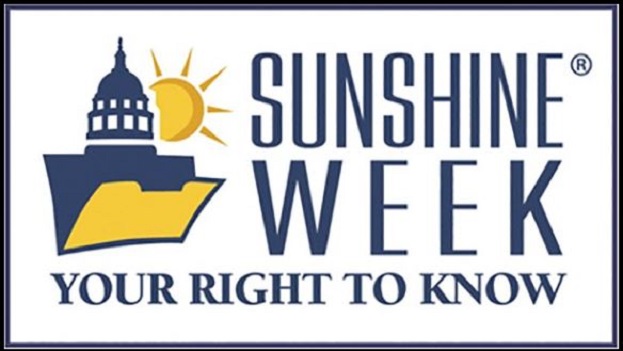