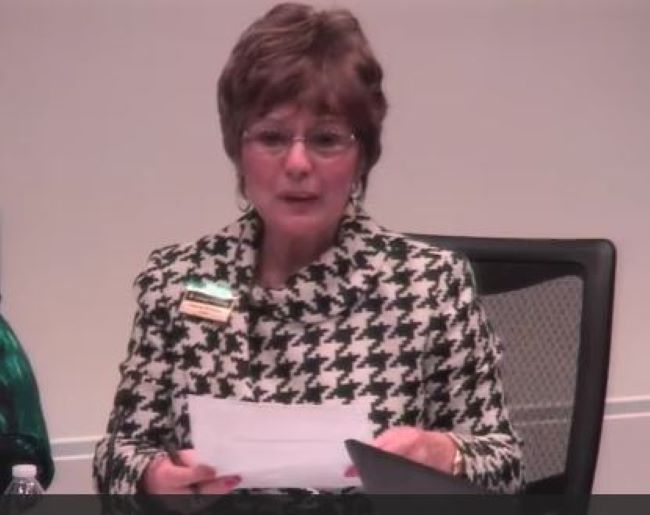 According to a sworn declaration in the Federal court case involving the College of DuPage and its former president, Dr. Robert Breuder, former College of DuPage Trustee Dianne McGuire has leaked privileged information to Cory Atkinson, also a former COD trustee and attorney for Dr. Breuder. Additional records in the court docket between the COD attorney and Atkinson's attorney confirm Atkinson has an engagement letter with Dr. Breuder. (see page 8 of this file)

"The memo which the Board seeks to clawback was produced in my January 30, 2020 production and the legal invoices at issue were contained in my January 27, 2020 production. This memo was attached as a pdf file to an email received by me on September 5, 2015 from then-Trustee Dianne McGuire's personal email. I was the only recipient on this particular email and the text in the body of the email included my name."

Diane McGuire was a COD trustee on the date in question and now court records reflect numerous legal invoices were leaked by McGuire.  As we understand from the February 16, 2016, board meeting, the legal invoices contained detailed billing.  Such detail may well have included strategies as to how the attorneys for the college were dealing with the Breuder lawsuit against the college.

We encourage our readers to watch this portion of the meeting as it ties directly to the subject matter of this article and we trust the people can clearly see Trustee McGuire was not being truthful to the board or the public when you compare her words to the actual court record. (the video shows points of interest)

Looking back to the February 16, 2016 board meeting, a lengthy discussion about the Board Policy and privileged information reveals telling statements by McGuire.  Keeping in mind this discussion was about protecting privileged legal documents. McGuire states: "These documents have been protected".  Such a claim is false according to the above-linked court records. You can see the board discussion on the matter that lead to her false claim in the video. Later in the video is her claim that the documents were protected.

Another false claim by McGuire is disclosed during the discussion where she stated, in relation to the confidentiality of the legal bills, "no one is waiving it".  That statement appears to be a complete fabrication because she had already waived privilege when she emailed the records to a non-privileged person, Cory Atkinson on December 15, 2015.

Listening to the entire discussion on item 14 of the board agenda, adoption of an amendment to the board policy on legal counsel, it's apparent the majority of the board and their legal counsel knew or suspected McGuire had leaked privileged information.

When the issue of those privileged documents getting into the hands of the press came up during this meeting, McGuire immediately snipes, "not from this trustee".  While her claim may be technically true, how convenient to stay silent on the fact she did leak such information to Cory Atkinson, who we now know has provided information to the press according to court records and his own sworn declaration.

Another interesting point in the court record is that Dr. Breuder filed his lawsuit just weeks after key records were leaked by McGuire.  "The memo in question was sent to Mr. Atkinson on September 5, 2015 and this lawsuit was filed on October 21, 2015. Whether former Trustee McGuire was a whistleblower and perceived improper conduct was afoot, documents were most certainly sent to Mr. Atkinson, a non-party, intentionally." (See page 4 of court file at this link)

An elected official has a fiduciary duty to the public body they are elected to.  It is clear, once again, Dianne McGuire has failed to protect privileged information and may well have once again caused more damage to the taxpayers by being the fox in the henhouse rather than the guard dog.

We will update with a future article regarding these documents as they are now a part of further legal expenses being created because of McGuire's actions.  COD is attempting to claw back those records as privileged however both Atkinson and Breuder are fighting that.  Had McGuire not violated privilege and leaked those records we suspect thousands of dollars could have been saved in legal expenses.  We note that the College's legal expenses in this matter are being paid by the Insurance company.