On November 18, 2020, a Federal Grand Jury handed down a 9-count Indictment naming three Madigan associates and an Ex-ComEd CEO.

According to the charges, the defendants’ efforts to influence and reward the high-level elected official – identified in the indictment as “Public Official A” – began in or around 2011 and continued through in or around 2019.  During that time, Public Official A controlled what measures were called for a vote in the Illinois House of Representatives and exerted substantial influence over fellow lawmakers concerning legislation affecting ComEd, the indictment states.  The charges allege that the defendants conspired to corruptly influence and reward Public Official A by arranging for jobs and contracts for Public Official A’s political allies and workers, even in instances where those people performed little or no work that ComEd purportedly hired them to perform.  The defendants allegedly created and caused the creation of false contracts, invoices, and other books and records to disguise the true nature of some of the payments and to circumvent internal controls at ComEd.

The public is reminded that an indictment is not evidence of guilt.  The defendants are presumed innocent and entitled to a fair trial at which the government has the burden of proving guilt beyond a reasonable doubt.  If convicted, the Court must impose reasonable sentences under federal statutes and the advisory U.S. Sentencing Guidelines.“

In the indictment, which stems from the larger ComEd investigations:

Indicted defendants include Michael McClain (the one who allegedly kept his mouth shut about the rape in Champaign), Anne Pramaggiore (first woman to serve as president and CEO of ComEd), John Hooker (endorsed Governor Pritzker’s appointments to the Illinois Tollway Authority prior to their appointments), and Jay Doherty (former City Club of Chicago President).

The four defendants are alleged to have conspired with each other: 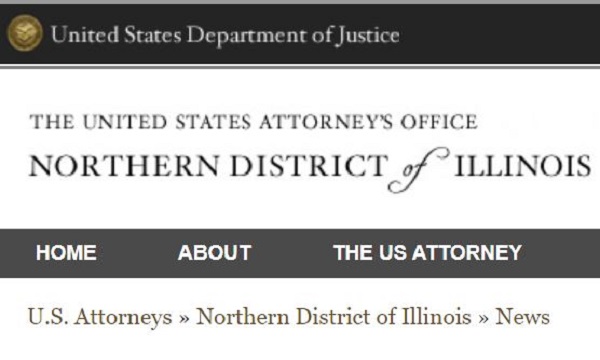