For those not familiar with LaSalle County, it is the home of formerly indicted State’s Attorney Brian Towne who managed to avoid any prosecution for the 17 felonies he was charged with. He is the same person who formed an illegal operation known as the SAFE Unit.  It was basically his own police force who seized people’s property along the interstate.  The Illinois Supreme Court ruled that the operation was illegal.  Considering even non-lawyers could see that it was not legal, you would think the other lawyers in his office could do the same and hold Towne accountable to the law.  Not the case in LaSalle County.  (Numerous articles on Towne at this link)

Towne’s Chief Deputy, Todd Martin, is now running for the position of State’s Attorney and has cited his experience from working for Towne.  That is a red flag.

Martin recently represented employees that were terminated by the County Board.  The allegation was Official Misconduct and Theft of Public Funds.

What would happen to most people who admit to theft of funds from their employer?  In Lasalle County, they get their job back and the taxpayers continue to pay.  According to communications we received, “Ms. Artman engaged in official misconduct and theft of public funds. Indeed, she confessed to the conduct in question to a police officer, to yourself, and in a prior written grievance to the County.”

Considering the political environment we are currently living in, we understand how a jury would not convict a person even though they may have confessed to the conduct in question to police and others.  What we don’t understand is the conduct of Todd Martin as it relates to his communication with the County Board Chairman regarding the two employees.

Mr. Martin basically threatens the County Board Chairman to take certain steps or face the most expensive litigation LaSalle County has ever seen since he began practicing law, and basically says don’t tell anyone about it until we agree.

The letter states, “If you choose to release any or all of the content of this correspondence prior to any type of an agreement, all discussion of the settlement will be terminated and suit will immediately be filed on behalf of both Ms. Artman and Ms. Wright.”

So much for an attorney understanding the most basic transparency laws in the State.  The minute this letter was provided to the County Board Chairman, it was subject to the Freedom of Information Act yet Martin is instructing it to not be released.  Martin chose secrecy over transparency.  The letter most certainly should have been released to every county Board Member, their legal counsel, the County Clerk who is the keeper of the records, and anyone else they wanted to share it with because it is not exempt from FOIA.

An attorney seeking the position of State’s Attorney and threatening a lawsuit if his letter is released, has no business representing a County who has spent almost 4 years cleaning up the mess created by the very office he used to work in.

As if the hundreds of thousands of dollars the County has spent cleaning up those messes wasn’t bad enough, Martin wanted the taxpayers to pay $1.5 Million to each of his clients and reinstate them so they could resign and retire.   To date, Martin has not filed any lawsuit and the County has not agreed to his terms.

While we understand the importance of an attorney aggressively representing their client, the public should be aware when such aggressive representations instruct a public official to basically violate our transparency laws.

A copy of Martin’s letter can be downloaded at this link or viewed below. 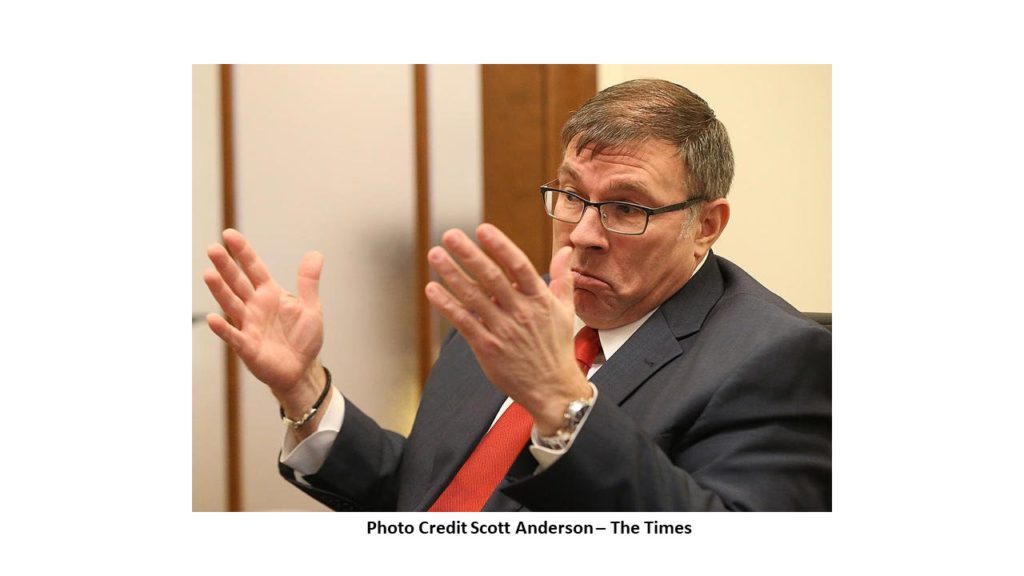