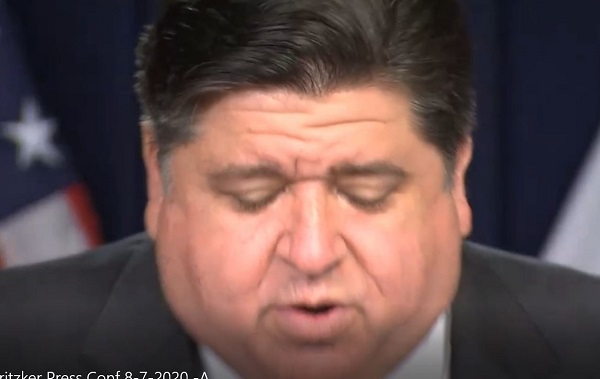 Clay County Court declared Pritzker no longer had any emergency powers under Section 7 of the IEMAA after April 8, 2020, and declared any COVID-19 executive order after that date as VOID. That Governor Pritzker, in complete disregard of the Court's Order, issued executive orders 56, 59, 60, and 61.

"These were willful acts by Pritzker calculated to embarrass, hinder, or obstruct the Court in its administration of justice, and are expressly calculated to derogate from its authority and dignity."

"Everyday citizens throughout this state who find themselves in front of our honorable courts are never allowed to take actions which will directly embarrass, hinder or obstruct the court’s authority and dignity; and our elected officials, even a governor, must unequivocally be held to the same standards of conduct as we hold our citizenry if we ever hope to maintain the sanctity of our system of justice in the eyes and hearts of the people."

The Petition seeks to have Governor Pritzker show cause as to why he should not be held in contempt of Court, that he rescind the above mentioned executive orders instanter, and that Pritzker be held liable for Bailey's attorney fees in this Petition.