The auditors for Shelby County presented their report during this week’s June 3, 2020, County Board meeting. While we only have the auditor’s letters, they are enough to once again expose why the mandated legislative audits do little to actually fix what is broken.

Let’s begin with the fact in 26 minutes the audit was presented and approved.  There is no way a County Board can review an entire audit in 26 minutes.  In counties with any sense of leadership, they would hold a meeting for the audit to be presented and then come back at a later time after board members had time to digest the findings and prepare questions for the auditor.  Not the case with Shelby County where Chairman Burce Cannon has not received a thing from the auditors since the last time he talked with them a year ago according to his statement during the presentation.  We can only wonder why he never contacted them during this time frame.

The findings are most telling by the fact the County Treasurer has raised many of the same issues during prior meetings only to be told to shut up by the Chairman. (See article here, audio of the Chairman’s shut-up comment at the 21:35 mark of the audio link in the article)

Of interest to us is the fact there was no mention by the Auditors of the criminal investigation being conducted by ISP regarding the County Sheriff Payroll fraud issues.  We know the Chairman is aware of it because he mentioned that fact during a prior meeting.  You would think that might be important information to share with your auditors but it appears that did not happen.  It also appears the Chairman failed to inform the auditors of his illegal compensation received.  As it stands, we believe the Chairman still owes the County upwards of a couple of thousand dollars for improper compensation.  Maybe that should be part of the criminal investigation?

Findings that should concern every taxpayer in Shelby County:

A clear failure by the auditor.  If the reimbursement was for items that did not qualify, there should be NO reimbursement at all. In this case, the auditor points to IRS rules for reporting calling it fringe benefits.  Reporting that way instead of not paying it or making them return that money since it was not a qualified purchase, the taxpayers get to pay forever on the increased pension figure that accounts for all compensation.  We addressed this very issue during my first Shelby County Sheriff committee meeting.

Please note the auditor did not say who made the statement. The FOP contract does not state they are to receive a base pay regardless of how many hours are worked per week so whoever made such a claim has lied to the auditor.

Another failure of the auditor.  Committees do not have the power to approve modifying an FOP contract.  They can bring a suggestion for such a change to the full board but outside of that, they have no such power.  We note we have found no records to support any such agreement and even the auditors point to the need for such an agreement to be formalized in writing. It would be nice to know who on that committee actually agreed to what the auditor was told.

Most would call that payroll fraud and we suspect this issue is part of the criminal investigation taking place by the ISP.

So if there is no systematic process for tracking employee hours and calculating wages and overtime, is it more validation for a criminal investigation?  The Treasure has been screaming about this problem for over a year.

We suggest the Treasure send a demand letter to the Sheriff to turn over all accounts as the law requires.  If he refuses he should face the appropriate legal ramifications for not following the law.

Great recommendation however it might be better to wait until the new State’s Attorney is sworn into office as this one doesn’t even know if it’s legal for a County Board to hire a private attorney, even though over 69 pages of legal direction says it’s not legal.  (Articles here and here)

Nothing like receiving $2,500.00 a year tax-free.  How many years has this been going on?  We addressed numerous concerns over the coroner’s compensation and deputy coroner’s during our first County Board Meeting.  To date, the Chairman has taken no steps to fix the problems we exposed.

It would appear from just the audit letters Shelby County is going to be much better off come December 1, 2020, when the State’s Attorney and County Chairman is no longer in office.

You can download a copy of the Auditor letters at this link or view below.  We will update you with a new article once we receive the entire audit. 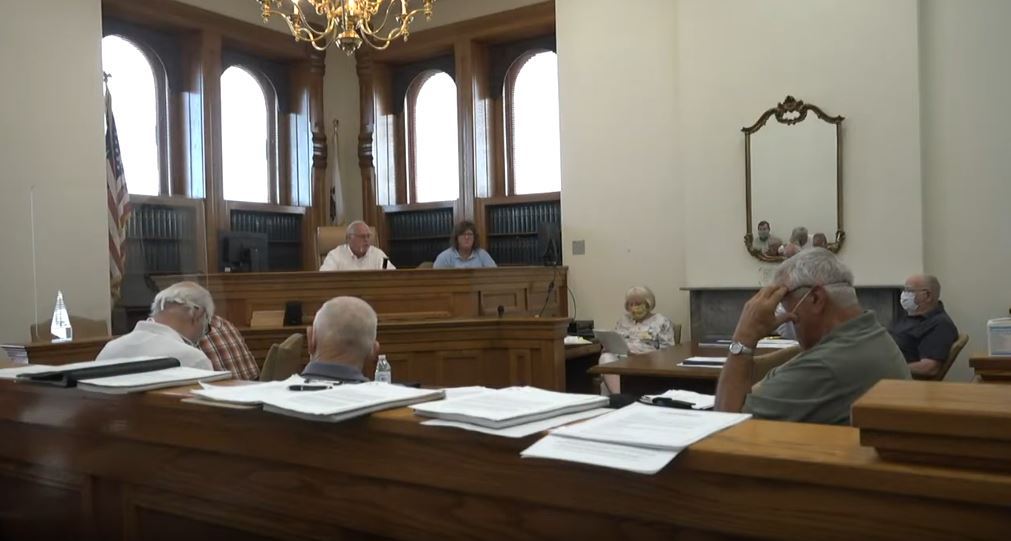