In our first article regarding the Right To Garden – HB 4704, there was key language that failed to get included that caused many red flags to be raised on this bill.

We urge everyone to read the amended language as it does resolve a key reason this bill was drafted in the first place.

After speaking with both Senators and State Representatives about this bill, it is CRYSTAL CLEAR, they are doing their best to protect property owners from the local government dictating what you can or can not do with a garden on your property.

We urge some basic gardening techniques be used, such as pruning, tilling, weeding, watering, and with a little bit of sunshine, the bill will grow and accomplish its intent.

We need to emphasize, reading proposed laws and understanding the intent behind them can be a troubling task at times, especially if people are not familiar with how this all works.  With that in mind, I am going to address some of the language in the bill that has people concerned and hopefully bring some clarity and suggested fixes.

Who cares if the residential property was taken in whole or in part as collateral for a commercial loan?  A lender who takes such a home may find it easier to sell the property and actually get their money out of it there is a garden on the property.  Why this exemption was included is beyond me but it can be fixed.  Remove it!

The season extension techniques and devices were the missing language and were the real reason behind this bill.  It turns out a city imposed restrictions on those items and because of that infringement of the homeowner’s rights, we have this legislation trying to fix the intrusion by the local government.  This is a GOOD provision!

Now for the biggest and most misunderstood portion of this legislation.

If the State or unity of the local government wanted to, they can adopt statutes or regulations pertaining to restrictions on water use during a drought.  We find this a clear intrusion of people’s rights to grow their own food.  Let’s assume there is a draught that required water restrictions.  Does that mean I can no longer provide water to my pets?  No, of course not.  So if I can still provide water to my pets, why on earth can’t We the People provide water to our gardens, our food source?  Water restrictions have no place in local government as it relates to people growing their own food.

As far as existing or future adoption of property setbacks, I think the intent needs to be crystal clear.  An out of control local government could read that a lot of different ways. In my opinion, my property is my property and as long as I am gardening on “my” property, we don’t need the State or local government telling us where our garden must be, any more than telling us how big the garden can be on our property.

We have not found a utility safety issue for gardening.  When I shared that statement I was told, what about phone or cable lines getting cut due to gardening?  My response, put requirements on phone and cable line depths so there is no problem.  Their response, huh, never thought of that.

The invasive species provision is laughable considering we already have state laws on noxious weeds and the control of them.

In the first article on this, I closed with our suggested language”

“The State of Illinois finds that the right of property owners to create and maintain a garden on his or her own residential property SHALL not be infringed upon by the State or any unit of local government.”

After doing a deep dive into the entire bill and its amendments, we would add one more item.

“In the event, the exercise of the Right to Garden on one’s own property harms others, those harmed are welcome to utilize our State judicial system to seek a remedy.”

We understand the Illinois Municipal League is opposed to the bill because they want local government to maintain local control.

The intent behind this bill is in fact to protect the property owner and due to the mess this state has created with local laws and powers, it makes it extremely difficult to draft a bill that makes everyone happy.

Pass this bill with straightforward language that puts Liberty over Security, Principle over Party, Truth over your Favorite Personality, and provides everyone with the right to garden. 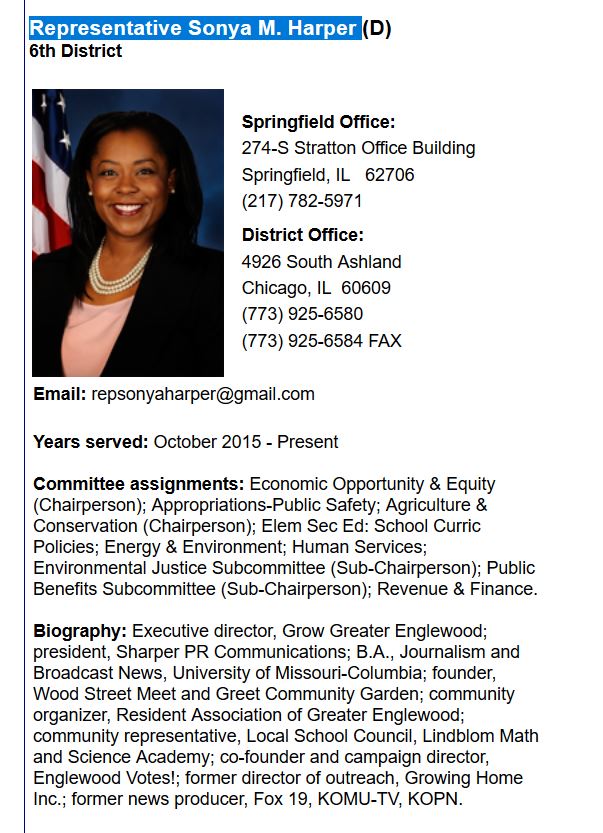