Adam Lopez impermissible interest in contract as School Board Member – 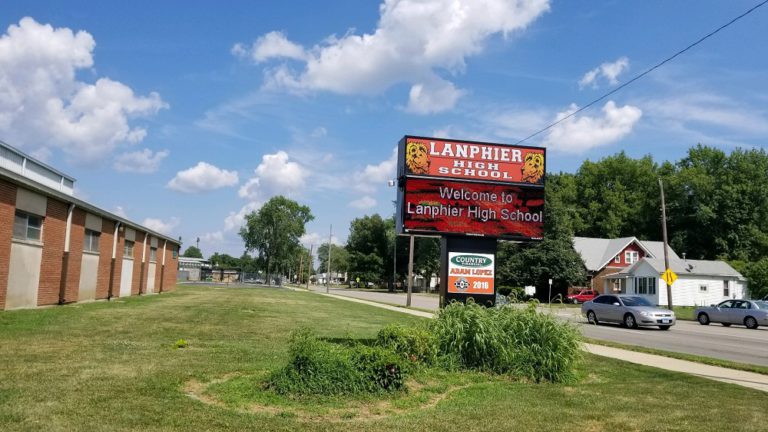 We have been sitting on this article for several months waiting on some issues to surface, which included communications with certain officials, and since the story broke on Lopez' termination from Country Financial, and the subsequent Springfield Police Department investigation into financial issues, it is time to publish this article.

As a school board member in Springfield School District 186, Illinois law prohibits direct or indirect (read this opinion) interest in contracts (of any kind) with the district.

Several years ago, the high school placed a new sign outside its building in Springfield and "solicited donations" for its purchase and installation.

Adam Lopez apparently contributed a substantial amount of money towards the sign, which in itself would not have been impermissible had it simply been a donation without strings attached. However, his donation included permitting him to hang an advertising sign on the sign-post without paying any additional advertising fees, and without placing the sign location out for possible bidding of other businesses who may have wanted to purchase ad space.

It is the "pay-back" of the "free" ad space which created the impermissible contract between the school board member and the school district. The district allowed him to advertise without payment. His company, which he had a financial interest in, received a "thing of value" (advertising) on school district property.

Now, if the school is saying his "donation" entitled him to the ad space, then we suggest it was not a donation, but instead a payment for advertising, which would also be an impermissible contract between his company and the district, especially since we have not found where there was ever a public notice or any other publicly available notice that advertising space was available for a certain price. Having a booster club go around and solicit from what they perceive to be interested businesses does not constitute advertising publicly for the ad space.

Both the School District Code and the Public Officer Prohibited Activities Act prohibit these types of contract/financial arrangements.

No school board member shall be interested, directly or indirectly, in his own name or in the name of any other person, association, trust or corporation, in any contract, work or business of the district or in the sale of any article, whenever the expense, price or consideration of the contract, work, business or sale is paid either from the treasury or by any assessment levied by any statute or ordinance. A school board member shall not be deemed interested if the board member is an employee of a business that is involved in the transaction of business with the school district, provided that the board member has no financial interests other than as an employee.

Section 3(a) of the Public Officer Prohibited Activities Act:

No person holding any office, either by election or appointment under the laws or Constitution of this State, may be in any manner financially interested directly in his own name or indirectly in the name of any other person, association, trust, or corporation, in any contract or the performance of any work in the making or letting of which such officer may be called upon to act or vote. No such officer may represent, either as agent or otherwise, any person, association, trust, or corporation, with respect to any application or bid for any contract or work in regard to which such officer may be called upon to vote. Nor may any such officer take or receive, or offer to take or receive, either directly or indirectly, any money or other thing of value as a gift or bribe or means of influencing his vote or action in his official character. Any contract made and procured in violation hereof is void.

Both of the aforementioned Illinois laws prescribe penalties for violations as Class 4 felonies and removal from office.

We suggest that the school board, by allowing Adam Lopez to advertise his business on the school district's property, permitted him to take advantage of his position as a board member, and entered into an alleged illegal contract for advertising.

Since his termination as a Country Financial representative, we assume the sign is no longer an issue if it has been removed, however, that fact remains the dirty deed has been done and this issue must be investigated for possible legal action.

His alleged financial interest(s) in "sponsoring" a basketball tournament using his name has also been brought into question within the past year. 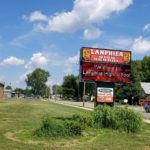 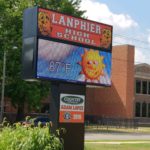 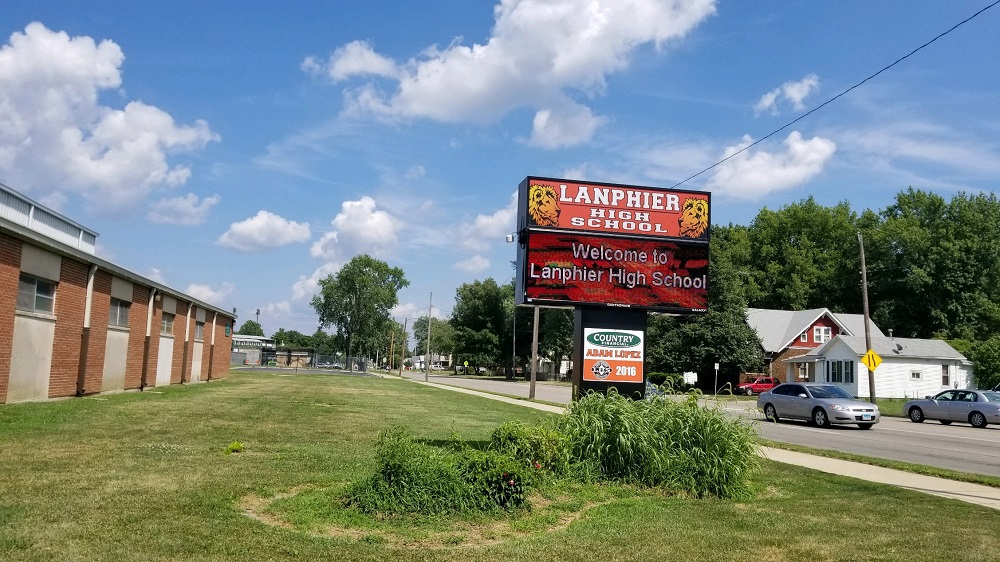