Rantoul residents collected 501 signatures to place the binding question of “Shall the village be divided into 6 districts with one trustee elected from each district?” on the November 2018 Ballot. 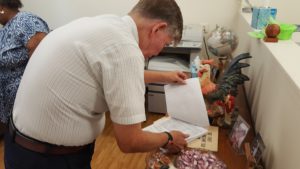 The photo to the left is Rantoul Village Clerk Graham reviewing the submitted petitions prior to certifying them.

This petition for referendum was conceived after some residents observed village trustees allegedly not actively representing all of the village residents. Residents formed a group to address the issue, and started providing comment at village board meetings. Village trustees responded by reducing the time-limit per speaker from 5 minutes to 3 minutes.

After further investigating the board’s actions, it became apparent to residents that all but one of the existing board members lived in the northern end of the village, leaving other areas without responsible representation. the one board member has since resigned leaving all remaining trustee from the north part of the village. 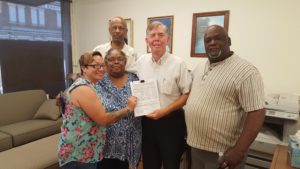 Photo with Clerk after Certification

The group asked the village board to address the issue and consider dividing the village into trustee districts, aldermanic districts, convert to a city with a Ward system, or some other system. The council refused.

After consulting with several individuals, the group decided to pursue the division of the village into trustee districts and collected 501 signatures, more than the 340 required to place the binding question on the ballot.

(65 ILCS 5/3.1-25-75) (from Ch. 24, par. 3.1-25-75)
Sec. 3.1-25-75. Districts; election of trustees.
(a) After a village with a population of 5,000 or more adopts the provisions of this Section in the manner prescribed in Section 3.1-25-80, the board of trustees by ordinance shall divide and, whenever necessary thereafter, shall redistrict the village into 6 compact and contiguous districts of approximately equal population as required by law. This redistricting shall be completed not less than 30 days before the first day for the filing of nominating petitions for the next succeeding election of village officers held in accordance with the general election law.
(b) Each of the districts shall be represented by one trustee who shall have been an actual resident of the district for at least 6 months immediately before his or her election in the first election after a redistricting, unless the trustee is a resident of a newly incorporated municipality. Only the electors of a district shall elect the trustee from that district.
(c) The provisions of this Code relating to terms of office of aldermen in cities shall also apply to the terms of office of trustees under this Section. (Source: P.A. 95-646, eff. 1-1-08.)

As we understand the process to be used, petitions are submitted to the village clerk, the clerk certifies the petitions and delivers them to the election authority (county clerk) who shall then submit the proposition to the next election.

If it passes this November with a majority vote, the village board is required to divide the village into 6 compact and contiguous districts of approximately equal population, and to do this by Ordinance, no less than 30 days before the first day for the filing of nominating petitions for the next succeeding election of village officers. This means, according to the election calendar, elections of Rantoul trustees by district will not happen until the Spring 2021 election since there is not enough time to approve an Ordinance 30 days prior to the first day of filing for the 2019 election. 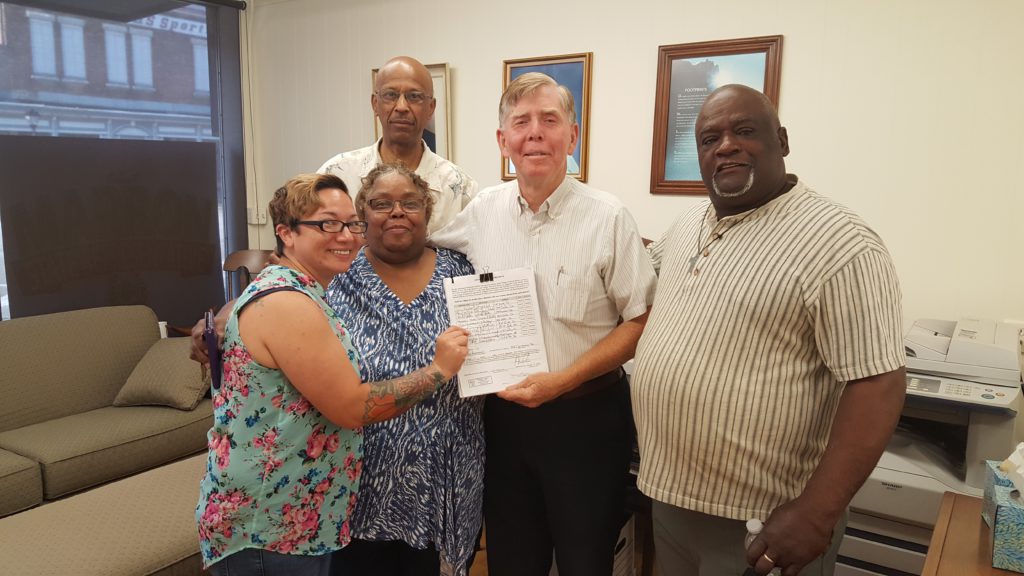