Algonquin Township – What next from under the Circus tent?

Just about the time you think you have seen it all, up jumps another circus act by Algonquin Township’s lead Clown, Supervisor Chuck Lutzow.

It appears they have found an attorney, (James Kelly?), to draft yet another resolution for them that delegates full hiring, firing, and compensation authority to one person, Supervisor Lutzow.  It should be noted that at no time has the board voted to have an attorney create this resolution.

The title of the resolution is most telling and I can only wonder if the attorney that drafted this is familiar with the 14th Amendment?

So for all you voters that voted to have your board member represent you, understand if this resolution is adopted, your vote no longer matters as it relates to employment matters because they would be turning over their statutory duty to someone you may not have voted for, thus violating your 14th Amendment rights in our opinion.

The law is very specific on employment in Townships and who controls it.

“60 ILCS 1/100-5 (a) The township board may employ and fix the compensation of township employees that the board deems necessary, excluding the employees of the offices of supervisor of general assistance, township collector, and township assessor.”

The Township Board has no power pertaining to employment for three Township Offices, general assistance, collector, and assessor.  Nor do they have the power to delegate their statutory duties to another elected official.  Of interest in the above citation is the fact that the law actually refers to other “offices” name.  Does anyone see the Office of Township Supervisor named?

It is clear, the legislature did two key things as it relates to Township Employees.

With those facts in mind, one only need to read case law and apply it accordingly.

“They come within the principle of law that where the legislature has withheld a power it is the same as though the exercise of the power was prohibited by law. (Ashton V County of Cook)

In this case, the legislature provided clear language regarding the power to employ to include restrictions on that power.  The law was silent on the power to delegate and applying the high court’s language on such silence, that silence is the same as though the exercise of the power was prohibited.

Another very interesting read on employment within townships is what happens if they actually adopt this resolution and down the road, an employee is fired by the Supervisor.  Does the law provide a Supervisor with the power to fire those employees? No, it does not, outside of the office of general assistance, which the Supervisor is in charge of.  That being the case, a suit would win on the basis of the Supervisor having never been granted such power by the legislature and in fact, such power lies in the hands of the Township Board. Considering the law specifically assigns that power and is silent on delegation, it rules, not a resolution adopted by the board.

A similar situation can be found in Harris V Eckersall when an employee of the Township assessor filed suit after being fired by a new Assessor.

“Any employment agreement between plaintiff and the Township, similar to other types of unauthorized agreements, would have been void ab initio.”

If the Township Supervisor ignores the law and hires people on his own, outside of the general assistance office, it would constitute an unauthorized agreement and would be void ab initio.

The resolution claims there “appears” to be a conflict in the law as it relates to a Supervisors authority to hire employees of the Township.  If they believe a conflict appears then they need to first gather all supporting case law that would support such a claim, then take the matter before the courts for them to rule on the proper application of the law.

Adopting a resolution that acknowledges there appears to be a conflict in the laws is not the proper path to a proper application of our laws.

As it relates to the Township employment, law designates three offices and powers to each, meaning the Board has no say in those offices. When the legislature gives specific powers to those offices and is silent for a claimed “office” of Supervisor, no power exists.

For example, the Township Assessor is, in fact, a designated office in which the elected assessor controls the employment of people in that office by law.

35 ILCS 200/2-20 – “…The board shall have no power to approve or disapprove personnel of the multi-township or township assessor.”

The Township Collector is also a designated office in which the elected or appointed collector controls the employment of people in that office by law.

35 ILCS 200/19-75 – “….Collectors may appoint deputies by an instrument in writing, duly signed, and may also revoke any such appointment at their pleasure and may require bonds or other securities from the deputies, to secure themselves.”

The office of General Assistance also is a designated office in which the Supervisor is, by law, the ex-officio of and controls the employment of people in that office.

305 ILCS 5/12-21.2 -The Supervisor of General Assistance shall appoint such other employees as may be necessary to provide public aid under Article VI and prescribe their compensation and duties.

It appears the resolution put before the board for tonight’s meeting is an attempt to create an office that by law does not exist.   The Supervisor is, by law, the Chief Executive Officer of the Township and the Township Board controls the hiring for the Township.

We suspect if the board passes this resolution a lawsuit will be filed and most likely in the Federal Courts as the voter’s rights to representation on employment matters in the Township have been taken from them. 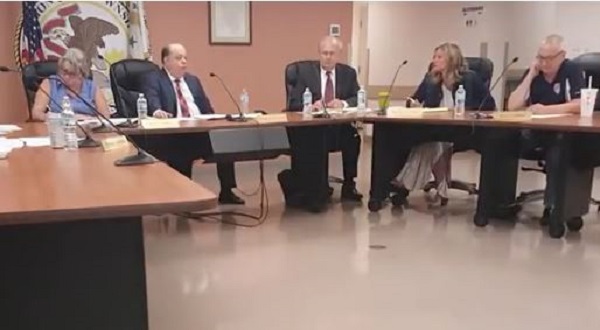