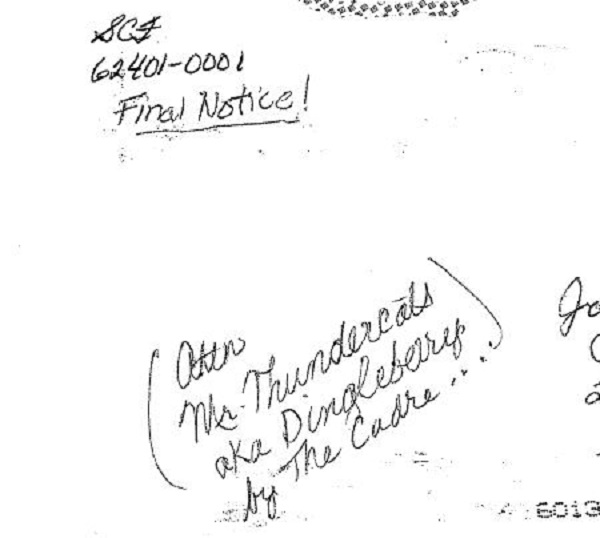 Our final Sunshine Week article is all about shining the light on another "anonymous" letter writer who has obviously fallen off her rocker.

We know who she is and will deal with this thru the appropriate channels.

Several years ago there was a person that contacted us with "tips" on a specific event in Effingham County that we could never verify. We did not write about it since we could not verify it.

This person apparently became offended that we ignored her information and set out to send "anonymous" letters to people we have run across in our local government accountability work.

Here are a few things in her crazy mind...just for you to laugh at:

Thanks for the laughs Susan ("SCF").