After reviewing another Police Officer's narrative of the events from December 18, 2017, it is clear, according to the report, that Jasper County School Board Member Holly Farley gave false information to the Police Officer.

Officer James Riddle, said he spoke to Farley and she said that Kraft was "leaning over the desk, pointing his finger at her and raising his voice. She said that he demanded that she listen to him, whether she liked it or not."

None of it is true, and easily provable by reviewing the video again: 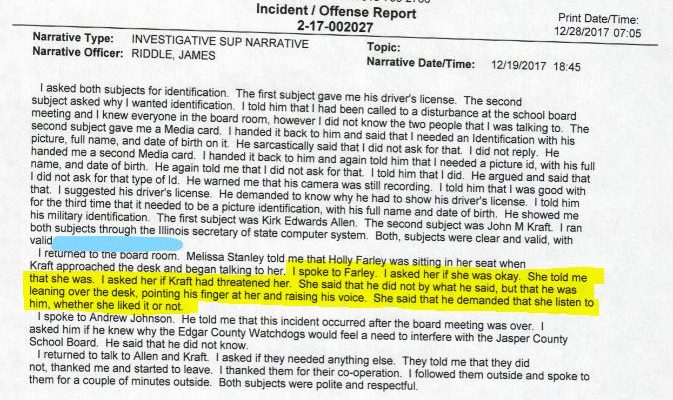 So now we have at least two board members who were less than honest in what appears to be for the purpose of inflating what happened in order to solicit the response they wanted from the Police Department.