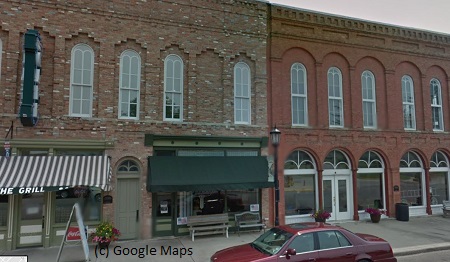 The Atlanta Public Library District held a Special Meeting in December 18, 2014, with the sole purpose of discussing the Union Hall project.

What really happened was not on the meeting agenda for a vote, but it happened anyway.

Imagine, selling a building and keeping the right to occupy it

The board of trustees voted to enter into a 20-year "INSTALLMENT CONTRACT TO PURCHASE" of 114 S.W. Archer Street - e.g., "Union Hall."

According to the contract, the building owner was Saint Thomas Didymus Corporation, a Member of Teleologic Learning, L.L.C. - William M. Thomas was the president of the corporation.

Bill Thomas also inserted a self-serving provision under paragraph "H" giving him the right to remain in the building as a tenant, and that he was responsible for delivering the mortgage payment to Heartland Bank and Trust Company each month to pay his mortgage payments - presumably after the Library paid their installment contract payments.

One final "special provision" in paragraph 2.04 was that the contract "shall terminate after a default of the payment of any installment of principal of interest for sixty (60) days..." this provision is probably the most important and we will write about this provision in future articles as to the reasons this provision is important.

Thomas used his attorney for this contract, the Library did not use the services of an attorney (it will become apparent in later articles why this is important).

The next several publications will be a numbered series of articles designed to expose the Union Hall project from its inception to where it is today. It will be an eye-opening experience and answer questions like: