Forest Ridge School District 142 in the Chicago suburb of Oak Forest held its monthly board meeting on 4/19/16, at which board member Roxana Agler shamed herself with childish and bizarre behavior that is, in our opinion, unbecoming of an elected official.

Freelance reporter Megan Fox was there to catch it all on film. At one point, Agler attacked Fox’s camera because she seemed to not understand that the Open Meetings Act allows filming of all open public meetings in Illinois. Coming after a reporter’s camera, touching it, or possibly trying to damage it is not appropriate behavior for a public official in this or any state. No board member is permitted to physically accost a reporter or attack camera equipment.

Roxana Agler is under scrutiny for not just her bizarre and erratic behavior at board meetings, but because of disturbing emails she has been sending and false police reports she has been making against her perceived enemies on the Board of Education. Her actions seem unbalanced and concern many parents of District 142 students, who turned out in force on 4/19/16 as a representative from the PTA asked the other board members to do something about Agler.

Emails obtained through the Freedom of Information Act show that for a year now Agler has been fixated on the school’s crossing guard, accusing her of spying on her at McDonald’s and talking about her to a dog. Upon becoming school board president, Agler promptly tried throwing clout around to have the “spy” crossing guard fired. The crossing guard has been on the job for over 22 years and is on her third or fourth generation of helping students cross the street. No rational people believe the crossing guard is spying on anyone, at McDonald’s or otherwise. Roxana Agler appears to have a severely overactive imagination and troubling affliction of paranoia, based on the ravings contained in her emails. (here and here)

Her emails, sent from her official District 142 account, also contain shocking vulgarity, including references to “circle jerks” (which she instructs the uninitiated to “go get your urban dictionary if you are clueless on that one”).

Another email accused a fellow board member of “cat fishing” her on Facebook, making this strange accusation yet again from an official district email account and also delving into fantasies of a “mutiny” and “bullying tactics.” This is ironic, because the only evidence of “bullying” that the board of education seems to have is of Roxana Agler herself bullying and harassing her fellow District 142 members over email.

Illinois law makes it difficult to remove a school board member once elected, but some parents of District 142 have expressed fear of Roxana Agler and have stated that they believe she is harming their community and their students. Her strange (and often frightening) antics during board meetings have made some parents afraid to speak out against her, fearing she will target them next in one of her email rantings. No one wants to be accused of being a spy, of talking to dogs, cat fishing, circle jerking, or anything else that Angler’s twisted imagination could conjure.

The Regional Superintendent of Education may be able to assist in this issue on behalf of the residents, should the board fail.

or…maybe she is just having “fun”?
.
Please consider a donation to the Edgar County Watchdogs.
[wp_eStore_donate id=1]
. 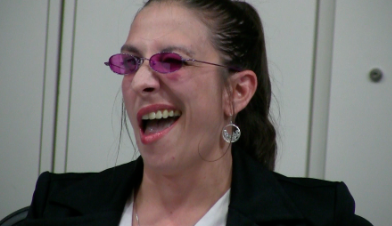