Easter Sunday we exposed the records destruction practices going on at the College of DuPage in this article.  We then followed up with a more targeted exposure of the COD Information Technology Administrator, Chuck Currier, and his confusion of the law pertaining to record destruction in this article.

As most of our readers know, we listen to each and every word spoken by public officials and do our best to fact check them and share that information. The words out of the mouths of COD officials in the last 18 months have left no shortage of things to report on.

During the April 7th, 2016, Board of Trustee meeting  another comment by Currier that threw a red flag was this statement:

"I think I am the only community college in the state right now that is asking for permission, can’t prove that, but I'm certainly in the minority."

Why would anyone brag about being the only one asking for permission?  Destroying public records should not be looked at as a badge of honor.  We understand there comes a time when certain records need to go but we all know e-mails are not one of them, which was front and center on his requests.

Currier's 10-second statement may be the beginning of the end as it relates to trust in public officials and their statements to the Trustees.  You can watch him speak by going to this link and fast forward to the 1:49:43 - 1:49:53 point in the video.

Some may wonder why we should lose trust because he did qualify his initial comment by saying, "can't prove that".  Not only "can" he prove it, doing so would determine if his statement was true, close to true, or totally off the charts wrong.   We contacted the Local Records Commission and asked them how many community Colleges in the state are seeking record destruction as outlined by law.

Currier said he thinks he is the "only" community college asking for permission.  Where on earth does he come up with that thought?  What is out there that would lead him to believe that?  Or was this nothing more than an oversized shovel digging fast and furious to create an impression that he has done nothing wrong and it's everyone else who is breaking the law, more commonly called deflection?

May we suggest someone take away the shovel to prevent him from digging a deeper hole.

The response from the Local Records Commission was telling.  They show a total of 68 Community Colleges in the State of Illinois.  Of those 68, "twelve" (18%) have never filed an application to destroy records.   Of those 56 that have asked for permission, only three have never exercised the request to destroy permission steps.

So what does this information tell us as it relates to Curriers comments to the Board?  For starters, it tells us that people need to be questioned under oath!   One can only wonder how Currier came to the conclusion he was the only community college in the state who was asking permission, especially when the facts prove otherwise.  The second part of his comment was his statement of fact that he was "certainly in the minority".

The  facts prove not only was he not in the minority, he was not even close to being the minority any more than he was the only one in the state asking for permission.

May we once again suggest someone please take the shovel's away from these people who continue to misrepresent the truth to the Board of Trustees and the public.  The last Administrator that was exposed for similar misrepresentations to the Board was Bruce Schmiedl and we exposed him in several articles found here.

You can see from the report below, highlighted in yellow are the 12 schools that have never asked for authority to destroy records and 3 that have asked but have not initiated disposal certificates since asking.

That leaves the majority of the Community Colleges in the State asking for permission and getting it, contrary to Dr. Chuck Currier's representations to the COD Board of Trustees. 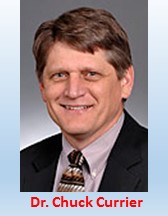