State Board of Elections rules against Kaye and others

Today the State Board of Elections presided over the matters of Jonathan & Clair Kaye & Kenneth Cabay vs. Liberty Principles PAC.

Kayes and Cabay made allegations that the PAC's newspaper which was mailed to the candidate's districts involved collaboration between PAC supported candidates and the committees of those candidates.

According to Kaye, as reported in the JG-TC, these complaints were filed to ensure the PAC stays in line with rules set in place.

According to Claire Kaye, "the election laws are designed to sort all this out....after the election. It's been designed by lawyers and insiders don't you know!"

Actually, the election laws were designed by our elected legislatures, of which some are lawyers and many are not.  As far as her claim those laws are designed to sort all this out "after the election" we can confirm that is in fact not the case.

After an initial closed preliminary hearing on March 3, 2016, a hearing officer determined that there were “justifiable grounds” to allow for a public hearing on the issue of coordination.

That hearing was held today and the State Board of Elections, in a stunning 7-0 unanimous decision, ruled that the matter before them should not proceed to a full hearing.

In short, the candidates claims of wrongdoing was shot down by the State Board of Elections.

I asked Clair Kaye if she had any comment on today's vote  against their complaint and she has not responded.

I also have asked for a response to several questions regarding a criminal complaint for felony eavesdropping that was filed against her in Clark County.  Although she did not respond to my specific questions, below was a response.

"Then the posting this morning on fb @ 7:30 am (facebook.com/jonathankaye110 ) shows you the location (public street ), asking questions to a legislative aide about attendance (or non-attendance ) of an elected official in his official duties (starts at 4:00 in video ). Http://tinyurl.com/whopullsthestrings

I know that you both know the First Amendment rules in Illinois regarding recording conversations of public officials.
Are you going to set the record straight on your website about this before the election?
Actions speak louder than words.
Clair Kaye"

"Yes, we know the rules but just because they are a public official does not mean the law in question does not apply.

Were you asked to NOT or STOP recording?

Who did the recording? Was it you?

Are you implying a public official sitting in his private vehicle makes it legal to record without their knowledge?

I have no problem reporting on the events. So far you have not provided answers to the questions."

I also posted a question regarding a question he was asking on his Facebook page and that has been deleted.  What was it Ms. Kaye said to me?  "Actions speak louder than words?"

As of this publication, the Kaye campaign has not responded to any specific questions being asked.

We will update accordingly if a response is later provided. 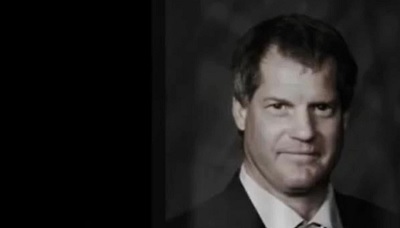