College of DuPage – Utter contempt for the rule of law and our system of justice.

Many months ago I said my goodbyes to people at COD that I had come to know and admire.  They were part of a bond created among many people that set ideology aside and worked towards the betterment of the institution as a whole.  That goodbye was based on the belief the Reform Board had a firm grip on matters and things were actually going to get fixed.  My involvement in the future would be from a distance as driving 3 1/2 hours one way for each meeting had taken up a substantial amount of time that could be applied to other public bodies in need of fixing.

My goodbye was clearly premature!  A quick review of numerous articles since that time makes it clear, as does my Easter Surprise, we have a lot of work yet to do at COD.

For starters, I suggest any Senior Management that has anything to do with record management must first complete at least a 5th-grade reading comprehension class.  Then they must get trained by the state using their very basic guidelines that I believe a 5th grader could follow.

From page 20 of the Basic level of instruction Power Point provided by the Local Records Commission.

“If you receive an FOI request or a subpoena for records after the records have legally been disposed of you have proof that those records were disposed of legally.”

That being the case, inversely, disposing of records after receiving an FOIA request or subpoena appears to indicate such disposal would be illegal.

Now we move on to Record Destruction 201, which brings us to the 8th-grade reading level.

From the 82-page instruction handbook provided by the Secretary of State Records Management Division.

Pretty basic definitions to be applied to public records.  Of the most interest to the current situation at the College of Dupage and their record destruction is going to be the Legal Value.  You ask why focus on that matter?   Let’s read the statute titled Local Records Act. (8th-grade comprehension sufficient)

(50 ILCS 205/10) (from Ch. 116, par. 43.110)
Sec. 10. The head of each agency shall submit to the appropriate Commission, in accordance with the regulations of the Commission, lists or schedules of public records in his custody that are not needed in the transaction of current business and that do not have sufficient administrative, legal or fiscal value to warrant their further preservation……….No public record shall be destroyed or otherwise disposed of by any Local Records Commission on its own initiative, nor contrary to law.

In light of all the legal matters going on at COD from lawsuits in local Circuit Courts and Federal courts, County Grand Jury Subpoenas, and US Attorney Grand Jury Subpoenas, we can safely assume “campus-wide” e-mails may have a legal value to many of the legal matters pertaining to those legal issues at COD.  I come to that conclusion based on the number of incriminating e-mails we have already exposed.

If you’re not familiar with all the legal cases that appear to fall into the window of e-mail destruction, not to mention the other documents that were being destroyed, let us share those below.  Although we believe we captured all that are potentially applicable to records hold we admit there may be more that we missed.

As you can see, there is a rather expansive list of situations that the legal value definition can be applied, especially since the destruction request by Chuck Currier was for emails “campus-wide”.  Seeing the dates in the graph it’s not hard to come to the conclusion many of those records getting destroyed probably should have at least obtained a legal opinion on the matter prior to destruction.

The question we have for COD is who made the determination, in light of all the litigation at COD, that campus-wide emails were not part of a legal or audit hold.  I am guessing no one even asked the question. I sent a FOIA to find out if the State Records Center was notified pertaining to records under a legal and/or audit hold and I again suspect no such thing happen.

Note that when a subpoena is issued that triggers a legal hold according to every lawyer I have spoken with as obstruction of justice laws come into play.  It appears from the graph we have records being destroyed even after the flurry of subpoenas are issued. That may well be problematic for Chuck Currier and Lynn Sypata if records were destroyed that fall into the “legal value” criteria.

At a minimum, all e-mail destruction should have stopped the second the Inspector Generals Audit was announced.

In addition, as if all this information is not convincing enough that there is a serious problem at COD, spoliation of evidence should be of concern for these people as well.  Think about all the people on the other end of those lawsuits.  What was destroyed that may have been evidence in their cases?

When an individual or entity, in this case COD and its employees, violates their duty to preserve relevant evidence it may constitute spoliation of evidence.  In addition, if such destruction was done in violation of the law those guilty may face a class 4 felony charge.

The importance of understanding the ramification of these actions is to understand who is being impacted.  The claimants in these cases are not strangers.  In many cases they are your students, your kids or your co-worker.  What information were the nursing students deprived of in their legal case?   These nursing students at one time were young girls who dreamed of helping people.  Were records destroyed that may have screwed with the dreams of those students?

An employee, someone’s co-worker, who was discriminated against according to the record. How many emails about him and his case were deleted?  A Bodily injury case where a person suffered.  Could there have been an admission in those deleted emails, or an explanation of who was responsible or even a picture of the actual accident scene.   How many past years of SLEA email discussions between faculty and Senior Administration have been destroyed?  How many emails were destroyed, thus denied under FOIA to the Chicago Tribune as well as ourselves?  Are these not examples of violations of the freedom of the press?  Is that not trampling on our first Amendment Right in our Bill of Rights?   Destruction of records may well have interfered with our established governmental oversight from both state and federal regulatory agencies.

In short, these actions of destroying records with so many ties to legal cases at COD is an utter contempt for the rule of law and our system of justice. 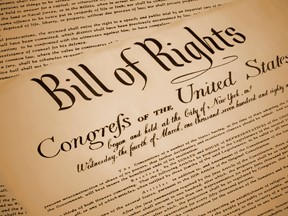