Deadbeat Village of Orland Park Refuses to Pay $12,000 Settlement
.
On October 19th, 2015, the Village of Orland Park Board voted to approve an agreement to settle a lawsuit filed against the Orland Park Police Department for multiple violations of the Freedom of Information Act (FOIA). This included the Village Police refusing to turn over video, audio, and other documents related to police harassment and civil rights violations. The details of the settlement for these FOIA violations is here: https://edgarcountywatchdogs.com/2015/11/orland-park-police-department-pays-12000-for-foia-violations/
.
After the Board approved the settlement to resolve the FOIA matters, the Village signed the agreement on 10/21/15 and it was approved by the court on 10/30/15. When a settlement agreement is signed, the parties have 30 days to comply with the agreement.
.
As of 12/01/15, the Village of Orland Park has still not written a check to cover the $12,000 it agreed to pay in this matter. Despite the Board approving this settlement, someone in the Village appears to have decided that they don’t want to cut a check as they agreed to do. Multiple attempts by the prevailing plaintiff in this case to receive a check have been ignored, with the Village refusing to pay up.
.
Think for a moment about the double standard involved in this: Do you think you would be able to decide to just not comply with a settlement agreement and not write a check if you owed the Village a large sum of money like this?
.
If any member of the public owed the Village of Orland Park $12,000, you can be assured the Village would come after the person relentlessly until that money was paid. And after 30 days with it not being paid, the Village would no doubt take aggressive action against the person.
.
When the roles are reversed, however, the Village Board is a deadbeat that does not pay what it agreed to pay to compensate members of the public for police wrongdoing.
.
This is the latest in a long string of bad behavior from the Village of Orland Park and the people who run it. Will they ever learn?
.
It appears that the judge who presided over the settlement agreement will now have to be brought in to compel the Village to finally cut that check. What is wrong with Orland Park that they fight doing the right thing tooth and nail every step of the way?
. 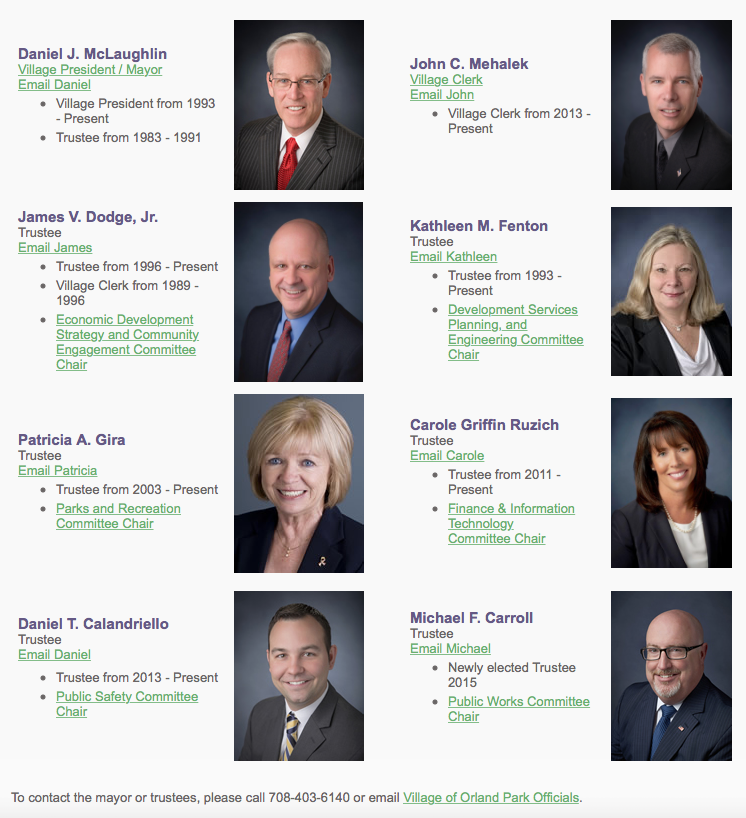