Morgan Co., IL. (ECWd) -
..."For too long, public officials in Illinois have played by a different set of rules than everybody else. And everyone knows it. From South Jacksonville to Chicago, the political establishment has allowed public corruption to fester and undermine our trust in government."
"That is why as Morgan County Prosecutor, my top priority will be to restore your faith in our criminal justice system. After fighting Islamic terrorists in the Middle East, I simply cannot stand by and watch as a handful of unscrupulous individuals corrupt the American republic that I fought to protect and serve."...
His website is votemanker.com - Press release below:
[gview file="https://edgarcountywatchdogs.com/wp-content/uploads/2015/11/TYSON-MANKER-Candidacy-Announcement.pdf"] 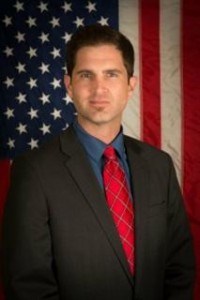