ONLY YOU Can Prevent Forest Liars: Cross-Examination of the All-Star Witnesses in the DuPage County Forest Preserve IT Case 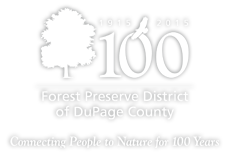