Vermillion County Indiana Deputies Nick Hall and Dan Whallon responded to I-74 to assist Illinois officers with a vehicle pursuit that was initiated in Belgium Illinois.

A red 1998 Chevy Blazer driven by Bobby Joe Crippin (37) (picture here) of Newman, IL fled police after an attempted traffic stop on Rt 1 in Belgium when he failed to stop for officers. The vehicle pursuit then turned eastbound on I-74 crossing into Indiana. Speeds were in excess of 90 mph with Illinois officers still in pursuit. Crippin then swerved to attempt to hit a officer at the 3 mile marker before crossing the median at the 5.5 mile marker in an attempt to allude officers. Crippin then side swiped a westbound semi, driven by David Estep of Kenova Wayne, WV causing minor damage to the semi. The Blazer then spun out coming to rest facing eastbound in the westbound lanes of the Wabash River Bridge.

Crippin and his passenger, Chelsea L Bollman (21) (picture here) of Urbana, IL both fled on foot before being apprehended by Illinois authorities.

Crippin and Bollman were both booked into the Vermillion County Jail on local charges from the incident.

Further charges may be pending on both upon the completion of the investigation.

*Under the Law, criminal charges are merely accusations and the defendant is presumed innocent unless and until proven guilty. 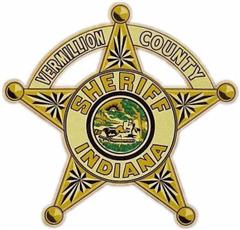