We have multiple occasions where COD has concealed records that we requested and have learned over time that we simply can not take them at their word any longer.

Some things they know if we get our hands on it, we will share it with the world because it proves the things taking place under the Breuder control are not right.

On several occasions they have pointed me to minutes that are online with claims that is where the requested information is.

Record concealment is a serious charge and the legislature recognized the problem when they raised the penalty to a felony level effective January of this year.  We have referenced that statute numerous times during public comment as to encourage them to stop concealing records.

What do you call it when there is no board packet for a special meeting?

I call it a red Flag!

(Click here to see screen shot of the available board packets and note that September 13, 2012 meeting date is NOT listed, thus no board packet!)

A public body is required to keep minutes that provide a summary of discussions on all matters proposed, deliberated, or decided, and a record of any votes taken.

During that meeting in question, there was a presentation to the board that exposed an IRS Audit and their findings!

What do you call it when an IRS Audit findings presentation is not included, let alone referenced in the the minutes? (Click here for the minutes)

The IRS Audit referenced in the presentation is for 2008 however similar findings were identified in 2009, and 2010, well into Breuder’s 5 Star General Leadership. (IRS Portion of presentation- pages 6 & 7 of 12)

Several issues were identified in the audit

As a result of the 2008 audit findings, the IRS expanded their audit to examine the Colleges 2009 and 2010 plan years, resulting in similar findings.

How interesting it is to find this IRS Audit information to be missing from the minutes!

Can we agree that the IRS findings debunks the continued claims of clean audits at COD?

I understand you can’t catch everything and many times it is nothing more than poor management and things like this may not be uncommon with an organization of this size.  However, I find it very troubling that the minutes were VOID of any reference of this IRS Audit. 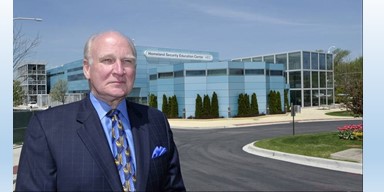