Like a big game hunter, stalking his prey for the first time with his shiny new gun, he chooses his steps carefully, and spots his prey. Aiming ever so carefully, thoughts are running through his head…he has his license to hunt, he has his gun, he put rounds in the gun, a round is chambered, nope-he didn’t forget anything…He gently squeezes the trigger, planting a round right through the heart! Jumping up and down with the thrill and excitement of his first big game kill, he approaches it…only to find out that it was not a deer as he had thought, but was instead his neighbor’s cow!

That is how COD must feel today! Just when they thought they could end it…they…were…wrong.

On December 3, 2014, the Illinois Legislature voted and passed the FOIA Veto Bill that created a “voluminous requester” provision along with some pretty offensive and oppressive fees that go along with it, which by the way we warned were going to be used as a revenue source by public bodies.

The College of DuPage, foaming at the mouth in anticipation, jumped at the chance to “stick it” to the first person they could, and it happened to come from a nonprofit organization. The problem here, is that the FOIA Officer failed to read the part of the new law where it placed a definition on a “Voluminous Request“.

Paragraph 5 ILCS 140/2(h) clearly does not apply to requests from nonprofit and news media:
Sec. 2. Definitions. As used in this Act:

They could have saved this embarrassment by actually trying to figure out what they were claiming prior to sending out the letter…unless they received legal counsel on this decision, in which case they should fire whatever attorney advised them on this and demand their money back.

So within a couple days after Breuder tries fighting for further FOIA restrictions on people he feels don’t deserve to look at public records, his FOIA Officer tries to implement something that does not apply. This is nothing more than attempts at keeping records from the public by stalling and placing a substantial costs on those records. But it will not work in this case.

This certainly does nothing to further their claims of complete transparency, financial records are perfect, and all their audits are “clean”.

You can thank Senators Connelly and Althoff once again if you haven’t already, because they voted for and sponsored this oppressive FOIA Bill: 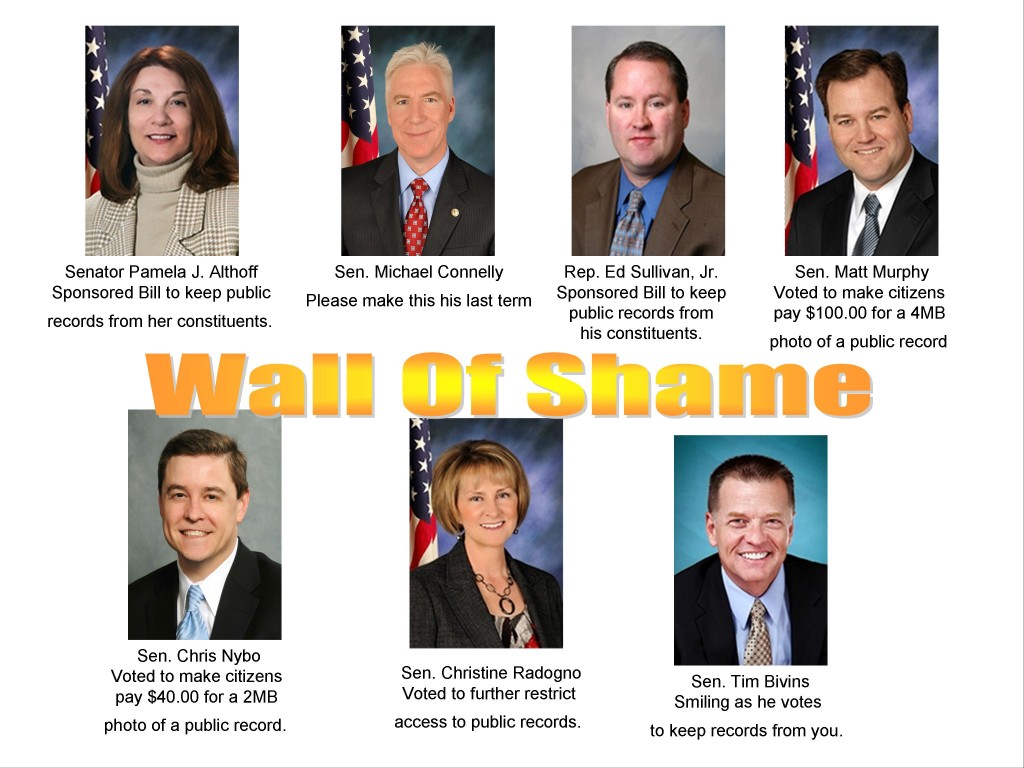