Updates at the bottom…

The Olney City Council met on September 23, 2013, and in a marathon of alleged violations of the Open Meetings Act and alleged constitutional violations, decided to take action and approve several items not listed on the agenda as items to be acted upon. Here is a partial list:

–          Took action on an Ordinance to authorize the sale of personal property – scrap metal and playground equipment from the City Park to Scrap Daddy, Inc.

–          Took action on appointment of Library Board member

None of the above items were on the agenda, obtained from the City’s website, as items to be acted upon.

The Illinois Open Meetings Act (OMA), in Section 1, requires that the people have a right to be informed as to the conduct of public business, and that they shall be given advanced notice of and the right to attend all meetings in which business of the public body is discussed or acted upon in any way. It further states that it is the general assembly’s intent that this Act protects the citizen’s right to know. The action taken without proper notice is an alleged violation of the OMA, Section 2.02.

The other item worthy of discussion here is the approval of the city to use PUBLIC funds, property, and personnel to perform work at a Private club, the Richland Country Club, of which Mayor Ray Vaughn is admittedly a member. What boggles my mind, is how the Olney Daily Mail can report on this without questioning the legality of it. Is this what passes for reporting these days?

A few things to note are that Barb Thomas should be commended for voting “NO”, and Bob Ferguson not voting (although I consider that a slap in the face to every voting constituent of his) – Mayor Vaughn and the City Manager Larry Taylor, both being attorneys should both know better and need to resign their positions immediately for incompetence. Jerry McLaughlin and Brad Brown, I don’t know what to say to you except that you should also resign for voting to allow this to happen. Mr. Taylor, you have been doing this job for 22 years? – Please find another line of work. Street Department Supervisor Marty Nuss, what were you thinking allowing this to happen on your watch? Do you frequently use city property, funds, and personnel to do work on private property? It is your DUTY to help the elected officials make the right decisions, not to assist them in making the wrong ones!

Let’s talk about the 1970 Constitution of the State of Illinois for a second…Article VIII, Section 1(a) to be exact,

SECTION 1. GENERAL PROVISIONS
(a)  Public funds, property or credit shall be used only for public purposes.

CAN IT GET ANY CLEARER THAN THAT?

Constitutional violations can be a predicate for criminal felony charges of official misconduct, as it is the Supreme Law in Illinois. This Illinois Supreme Court precidence was set in the case against the Mayor of Pekin, Illinois a few years back.

Finally, for those of you that are members of the Richland Country Club, you should be ashamed that your club is taking advantage of the good citizens of Olney, and you should demand that the Mayor make a public apology in addition to getting quotes from reputable companies, using prevailing wage rates, and immediately pay that amount over to the treasurer of the City of Olney. Anything short of that and you will have lost all respect from the citizens of Olney.

For the Richland County State’s Attorney: You should jump on this with both feet and charge all of those voting, including the Mayor, with official misconduct.

I grew up in Olney and have to say that this is a sad day for me to have to report about this happening in Olney. Every one of you know it is wrong, but you did it anyway.

UPDATE: Audio of the discussion and vote is here…

10-10-2013 Update:  It is my understanding that an elected township official in Richland County and 2 County Board members have questioned the legality of the work at the Richland Country Club and have asked the City Manager/City Attorney to stop the work until they know for a fact as to whether the city can legally do this work or not. 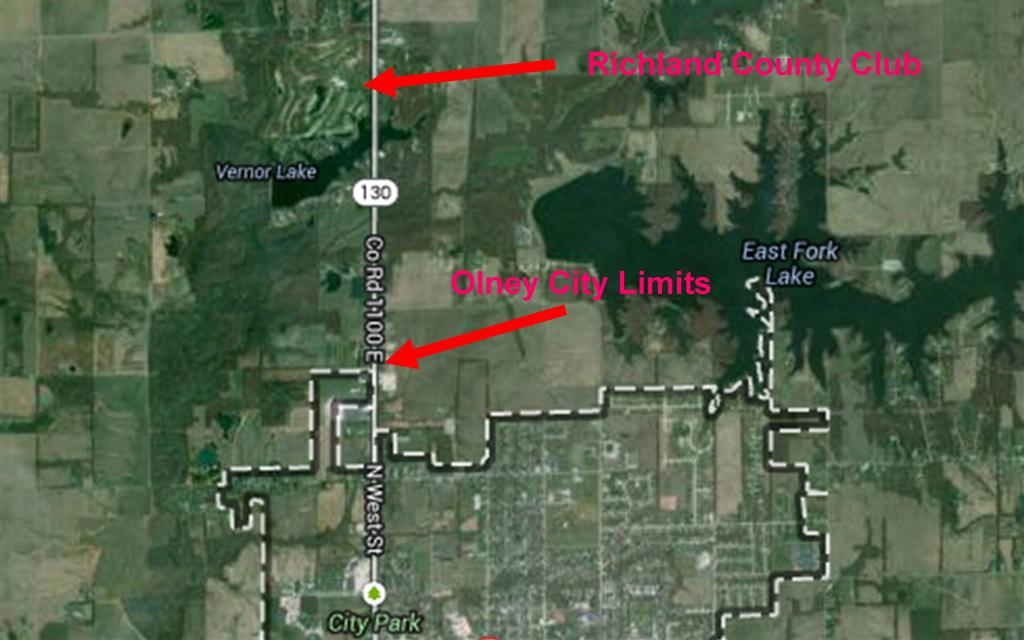