Kansas School District 3 in Kansas, Illinois is having a regularly scheduled public meeting on the 21st of August at 6: pm.

What appears to be of major interest for many is the claimed report by a citizen circulating the flyers is that the board is going to be voting on a tax increase for the District of up to 30% in hopes of keeping the school open.

The flyer being circulated  makes claim this vote is going to be taken, however, no such agenda item can be found on the published agenda, so any such vote would be invalidated because you can’t take action on items not on the agenda.    There is a scheduled Financial Overview Discussion that includes the option for citizens to address the board.

For those wishing to attend and express their opinions, as encouraged by the flyer, may we suggest a hard review of the Schools Budget so that you are better informed as to what is really going on with the funds.  I would also urge close review of the actual salaries being paid versus those some people locally are claiming, which are extremely elevated.

What many people may not realize is that even if a property tax increase is passed at some point, it appears even that action would only temporarily buy the school time before a forced closure.

Many people have asked a very basic question as it relates to cutting programs in order to save the school.  People should realize that raising taxes on people while also telling them they are going to get less for their tax dollar makes little sense.  The raising of taxes should be based on a sound business model and they are designed to offer MORE services not less!

It seems to be a consensus that the State of Illinois has created this financial problem state wide as it relates to school funding.  I would argue that We The People created this problem by trusting our elected officials to do what was right for the people, instead of themselves and their family members.  You don’t have to look too far to see that our Illinois Department of Education is out of control and costing us all more each and every year we don’t get involved, and that directly impacts each and every one of us at the local level.

It would be tough, but I believe with the right mind set and accepted sacrifices across the board, we could one day become a District that no longer depends on State Funding.  For those that think it’s not possible, please check your history as there was once a time when local schools were totally funded by local money with no dependance on the State.

I would encourage everyone that can attend this meeting do so and come prepared to present solutions to the challenges we all face. 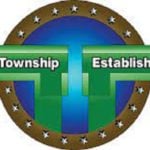