The long awaited video from the Edgar County Airport Board Meeting is online. There are several issues you should be aware of prior to viewing this video:

– This meeting turned into an illegal county board meeting the second Chris Patrick decided to open his trap and join the meeting. A formal complaint has been filed with the Illinois Attorney General.

– RSB Aviation has all of the insurance they are required to have. There is still a question of whether the county even had the authority to ask for it since it was not part of the lease. Neither the county board nor the airport board knows which statute the airport is operating under, and neither board knows exactly which insurances and coverage amounts they require. How can anyone comply with a nonexistant requirement?

– Breastfeeding was an issue, contrary to what Chris Patrick attempted to say, and is verified through an on-camera interview of Jimmy Wells by WCIA. As a matter of fact, the baby in question is still banned from the airport. If it was never an issue, Jimmy or a board member would have stated that as fact and would have told the mother she was welcomed to breastfeed on airport property. That has not happened!

– Chris Patrick’s continued use of the phrase: “Character Flaw” – of all people, he uses those words against another. He has plenty of “character flaws” of his own, some recent – as in this month, and some in the recent past – with lawsuits from former employees and from the Illinois Department of Transportation in relation to failed job-site safety requirements causing injuries – and he talks about character flaws like he doesn’t have any. Could it be these “character flaws” are simply growing pains of a small business? One could even argue that sitting on a board for 20 years without knowing which statute authorizes you to conduct business would be a character flaw.

– Rent payments were refused by Jimmy Wells, I was there and witnessed it in person.

– Credit Card denial for fuel – anybody with a credit card knows there are little things called “daily limits” and when the Airport, without notification to RSB Aviation, changed from running the credit card charges on a daily basis to running it once a month, the problem with exceeding the daily limit surfaced.

– Airplane registration expired. This is equivalent to someone forgetting to put a new sticker on their automobile license plate after it expires. What’s more telling, is that Chris Patrick knew about this at the beginning if December 2012 and said NOTHING prior to this meeting. If he was that concerned, he should have informed RSB of the issue and demanded they get it fixed. Instead, he waited until a meeting so he could atttempt to make them look bad and use his “character flaw” phrase several times. All he accomplished was to make himself look unprofessional. 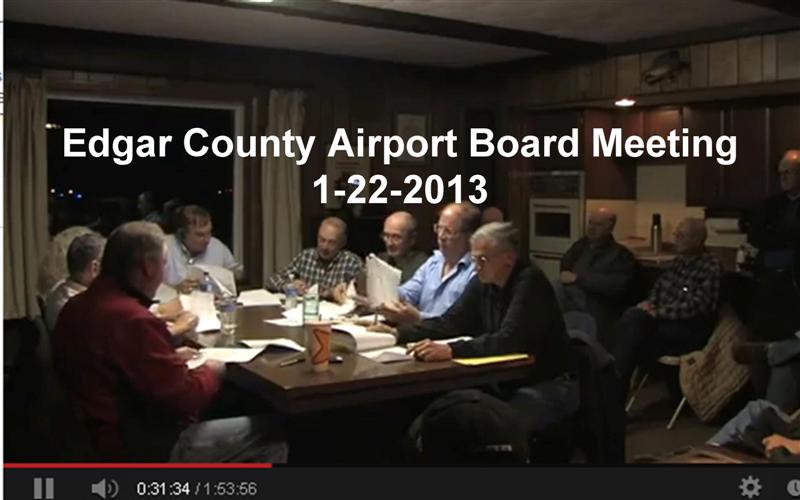