Bobby or Rodge – which one is lieing?

Oh Bobby, Bobby, Bobby, if you only knew the truth………………wait, you do!  In fact, to make sure that everyone does, its only fair to have both recordings available for everyone to hear the truth so they can make an informed decision as to who is lying and who is not.

For those that missed the audio from the last CERWD meeting article I assure you, you don’t want to miss this report!  Its truly priceless!

Bob Colvin felt it appropriate to run his mouth about some things that frankly when we heard them we couldn’t stop laughing.  Laughing because the information he shared in a public meeting pertaining to Roger Eddy and a hearing with the State Board of Elections was the most amazing pack of lies I think we have on tape, and we have quite a file of lies!

The challenge now is to figure out who actually told the lies, Roger Eddy or Bob Colvin.  You see, if Mr. Eddy actually said the things Bob Colvin claims then the only thing Bobby is guilty of is spreading false information but if Roger didn’t say the things Bobby claims, then Bobby is the one not being truthful to the public.

For starters, YES Bob, that is on!  “That” being the tape recording of the public meeting.  Yes, we have you on tape either telling a whopper of a lie or spreading one.

You see Bobby, no such language can be found on the recording that is even remotely close to what you claimed Roger Eddy told you.  In fact, I have to say although I don’t agree with a lot of what Roger Eddy has done, I can’t picture him telling such a lie to anyone considering he knew the meeting was taped and could be so easily disproved.  That being the case I lean towards your description of the events to be nothing more than your effort to mislead people and feel important in some sick fashion.  Many would call it a self esteem issue but I will let the public judge for themselves as the tapes tell the truth!

There was no “THEY” that went to that meeting.  John Kraft went to that meeting by himself and yes, Roger called you to find out who John was, and John knew Roger made the phone call to you before he even got to the Huntsville city limits on his way home! One person is all Roger could have asked you about in that phone call, as no one was with John.

Wouldn’t give “their” names?

Knew “they” were from Paris?

You identified “them” before Roger even described “them”?

Message to Bob Colvin:  THAT SIR IS A LIE and you know it!

Bob Colvin:  “Roger was at a uhh, I talked to Roger the other day on another matter, I said by the way you’re on my hit list. And he said “Bob what’d I do to you?” and I said “well since after you left they’ve been pickin on me.” And he said “oh, no, I was at a hearing with them two weeks ago in Springfield.” Those two guys, the hearing officer, and Roger..with..charges of misuse of public funds and after fifteen or twenty minutes, the hearing officer said “What am I doing here?”…They said well uh all these stupid charges and the hearing officer repeated he said “What am I doing here?” he said nothing that you said means anything to me. And you know what one of them said, he even called Bob Colvin… You remember that meeting he called me here? I stepped outside. And they said they even called Bob Colvin at a meeting and Roger said…is that…is that on?…

Roger said they came to this school board meeting, wouldn’t sign in, wouldn’t give them their name, as for some reason he knew they were from Paris. He said, he said I called Bob to find out who these idiots were and he said he identified them before I even described them. Then the hearing officer said “this hearing’s over.” And, and they, they, summoned him again, they got another charge against him.”

No, Bob, there wasn’t “another charge against him” – the Election Commission saw there was merit in this complaint and held a second hearing in Chicago. Doesn’t sound like “nothing meant anything” to me.

Roger Eddy SBE Hearing audio, obtained through a simple verbal request – over 28MB file (~ 31 minutes) and too long for us to spend the time to transcribe!  Well over the claimed 15-20 minute hearing!

Mr. Covlin, if the position of the hearing officer was as you claim can you tell us why we were directed to the State’s Attorney on one of my complaints?

The second hearing in front of the State Board of Elections Board members I was advised again that charge would have to be handled by the State’s Attorney as its a criminal act.  That is not a quote as I don’t have a copy of that tape yet but when we do we will share it as well.

We will also expedite getting the rest of the audio up from the CERWD meeting as its quite telling to hear what they say when they think no one is listening! 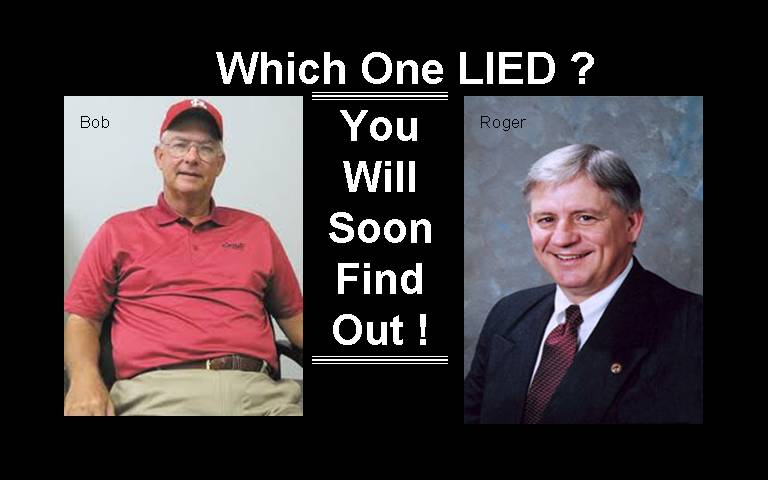