In the beginning there was water!

In the beginning there was water!

Clark County Rural Water.  A private business with an address of PO Box of 232, Marshal, Illinois 62441.  We know from bank records it was in operation for at least three years prior to the creation of the “PUBLICLY OWNED” Clark-Edgar Rural Water District.

During the last water district meeting we were told “at that time it was private” and “everything “went” into Clark-Edgar” (9:14 mark at this link audio bottom of the page).  The audio reflects Phil Adams confirmed the information.  Phil Adams, a board member who has been “in it” since the beginning, which by the way is 22 years.

I asked for information on the acquisition of this private entity by a public body.  Why ask for something that took place clear back in 1990?  Because knowing what took place from day one sets a distinct path for things taking place now.   The other reason is the fact there is NO MENTION in the minutes of the Clark-Edgar Rural Water District (CERWD) ever acquiring a private water company.

CERWD was legally formed by a ballot measure that took place in March of 1990.  The first meeting of that public body took place on May 31st at the Clark County Extension office according to the minutes we have obtained.

Those present were Phil Adams, Hazel Givens, A.W. Spillman, Tom Jones, Ray Stone, Bill Lowery, Charlie Moore, Attorney Randolph Rich and Engineer Dale Francis.  What is interesting in this meeting is the fact that Tom Jones provides a report of the activities of the “steering committee” to date and then Dale Francis reported on procedures and possibilities.    After those reports applications for hookup were made available and the address for the newly formed PUBLIC water district was announced, PO BOX 232, Marshal, Illinois 62441, same address as the private operation that they “didn’t” acquire!

A meeting of the minds to get things rolling however anyone familiar with public bodies knows that the first order of business for any newly elected or appointed members is to establish the terms of office.  Those guidelines were followed correctly but not as their first order of business. No big deal…….yet!

Next they elected officers.  Again, something that should have happen immediately after determining terms of office. What is interesting is the fact the law is very clear that neither the Secretary nor the Treasure is permitted to be board members.  Bill Lowery was nominated and approved as Treasure and Hazel Givens was nominated and approved as Secretary.  Please note that both of these people were also board members. So in short, the very second action taken by the original board of trustees of the CERWD violated the statute.  Great way to start things!

Tom Jones was made Chairman that day in May of 1990 and is currently the Chairman of the CERWD as of July of 2012!     A recent e-mail from the CERWD, which was in response to several questions I have raised, raises more questions!

In regards to the private bank records in the name of Clark County Rural Water, we know it was NOT a government set up account because it has a Social Security number on the records and the last meeting of the CERWD it was confirmed it was in fact a private operation.  I was told: “I have spoken with Tom Jones. He stated that the Clark-Edgar Rural Water District never was a private organization and has never taken over a private organization.”

Interesting! July 1990 minutes from the CERWD document a treasures report that reflects $8,938.74 in the account.  Nowhere in the minutes does it reflect that any of the officers were setting up a bank account so my question is where did this newly formed public body get almost $9,000.00 of income?  I think that’s a fair question considering it’s a brand new public body with no revenue.  Don’t need to look any further than the bank statement from the private Clark County Rural Water which reflects an ending balance of $8,938.74.

So, how is it that the CERWD didn’t take over a private organization yet the very balance of funds in the private organization somehow perfectly matches the reported balance of funds available?  Back to my original request in the meeting, which was a simple request for the acquisition documents for the public body to take over a private operation?  Seems simple but so far the answers are far from simple.

An item to be dealt with at the June 1990 meeting was:

Does that mean he was “unofficially” already working for them?  The pattern seems to reflect that, especially since Dale Francis provided a report to the board at their very first meeting!

It appears that the second public meeting held was in July as no June records can be found.  Engineer Dale Francis presented his contract and the board approved and signed it.  No mention anywhere to solicit bids from any other engineering firm.  More disturbing is the fact that the hiring of an attorney took place at the very same meeting so it appears from the record the first contract was void of ANY legal input as they didn’t even have an attorney prior to that meeting.

A very brief review of the statutes for the CERWD outlines the most basic set of laws for their operation that are not being followed. The biggest concern was raised in our last story pertaining to the sale of bonds that the tax payer would be responsible for if they couldn’t make the payment.  An act that clearly violates the statute.  Bond Story

Fast forward to 2012 and we have Bob Colvin promoting himself as an Engineer to the public and we know he is not an Engineer.  Please don’t take our word for it.  Look it up yourself.  License Look Up

This is one of the biggest reasons we started looking at the CERWD as we had a vast number of requests with what have turned out to be substantiated concerns.

Many have claimed over the past several years that the CERWD is basically ran by Bob Colvin and after hearing what we heard at the last meeting and seeing who got paid to do things that are the responsibility of the board I would tend to agree.

First step is to let We The People vote for our officials that run our public bodies.  When the same people run the operation for 22 years it’s only natural that a pattern of “that’s the way we’ve always done it” takes control.  That first step is in motion.

Next is to get answers as to why the statute has not been followed in the appointment of an engineer.  Why?

(70 ILCS 3705/6) (from Ch. 111 2/3, par. 193)
Sec. 6. The board of trustees may in its discretion from time to time by resolution passed by a majority vote provide for the appointment of an attorney, one or more engineers, and such other officers as said Board may determine necessary and expedient. The board shall in and by such resolution fix the term of office, compensation and prescribe the duties to be performed by such officers.

Because this response from the Chairman of the board made it clear!

“As to the board resolution for hiring an engineer, Tom stated that there were no appointments and no resolutions for hiring an engineer. The district has not hired a full-time engineer. The district contracts an engineer based on individual projects. The district’s engineering contracts, which includes engineering fees and requirements, were created under the direction and advisement of Rural Development. Rural Development has been the one that establishes the fees that can be charged on all projects that they fund.”

I wonder what part of the statute that states “The Board Shall in and by such resolution fix the term of office, compensation and prescribe the duties to be performed by such officers they didn’t understand. I don’t see Rural Development mentioned anywhere in the statute.

Any idea what the CERWD has spent on Bob Colvin’s operation since January of 2002-to July of 2012?

Why is this significant?  Because the law allows the board to appoint an engineer and to FIX their compensation.  Something the Board Chairman admits has NEVER been done.

I wonder how many young ambitious Engineers might have been discovered had there been a public notice for an Engineer in the 22 years of its existence?   Better yet, how many of the 396 customers who have paid their deposit, some dating back 20 years that still don’t have water might have had water had they not spent approximately $200,000.00 a year on an Engineer and other inappropriate expenditures?  Any idea what you could hire an Engineer full-time for?  It’s far less than $200,000.00 a year!

The next exposure is going to cover the FACT that not only is the CERWD spending the people’s money on Engineering with Francis Associates (Bob Colvin) with no board resolution and have done so since day one, but they also now pay them for doing the jobs that they themselves are supposed to be doing.  It’s almost as if they have just handed everything over to Bob Colvin to take care of, just as people reported to us before we started asking questions.

All the more reason to elect a new CERWD Board! 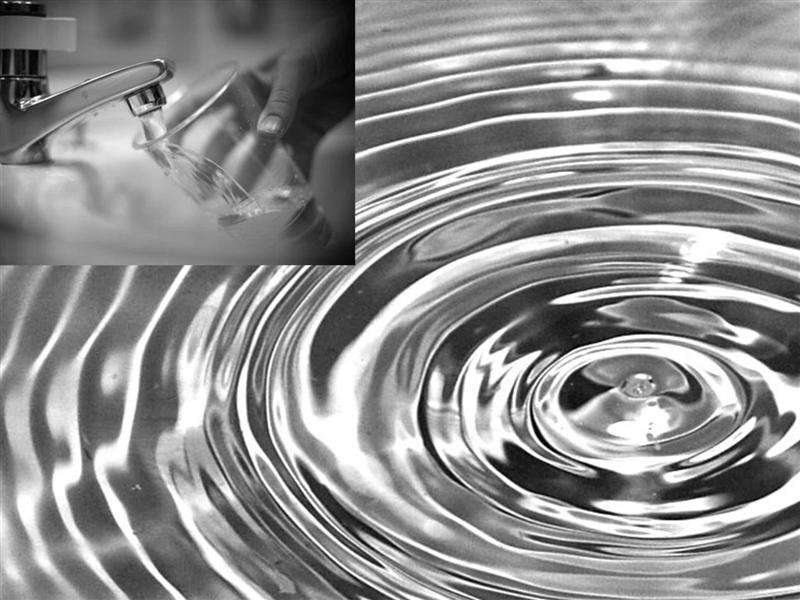